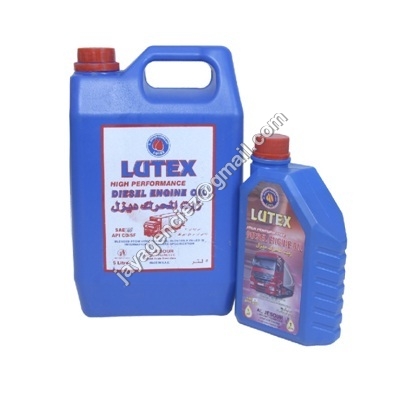 SAE 40 Motor oil is a lubricant used in internal combustion engines. These include motor or road vehicles such as cars and motorcycles, heavier vehicles such as buses and commercial vehicles, non-road vehicles such as go-karts, boats (fixed engine installations and outboards), lawn mowers, large agricultural and construction equipment, locomotives and aircraft and static engines such as electrical generators. In engines, there are parts which move against each other causing friction which wastes otherwise useful power by converting the energy to heat. Contact between moving surfaces also wears away those parts, which could lead to lower efficiency and degradation of the engine.

This increases fuel consumption, decreases power output and can, in extreme cases lead to engine failure. SAE 40 Motor oil creates a separating film between surfaces of adjacent moving parts to minimize direct contact between them, decreasing heat caused by friction and reducing wear, thus protecting the engine. SAE 40 Motor oil transfers heat through convection as it flows through the engine by means of air flow over the surface of the oil pan, an oil cooler and through the build up of oil gases evacuated by the Positive Crankcase Ventilation (PCV) system. In diesel engines the top ring can expose the oil to temperatures over 600 oF (315 oC). Motor oils with higher viscosity indices thin less at these higher temperatures.

Since our SAE 40 Motor oil is made from the Purest & Virgin Base Oils with additives, it reduces carbon depositions and maintains its Viscosity at Elevated Temperatures. which increases the Engine's life.

This Product is Solely Imported & Marketed By us in INDIA.

Thank You for your valuable time. We have received your details and will get back to you shortly.

×
Get a price quote for Motor oil
×